Lisa Hurwitz: “I think nostalgia gets a bad rap.”

“The Greek word for “return” is nostos. Algos means “suffering.” So nostalgia is the suffering caused by an unappeased yearning to return.” – Milan Kundera

The Automat, which premiered at the 2021 Telluride Film Festival is emerging director Lisa Hurwitz’s debut film and details probably the first truly ‘fast food’ dining experience of its kind in the US. Founded by Joseph Horn and Frank Hardart in 1888, Automats became popular and iconic for millions of New Yorkers and Philadelphians for more than a century. The technology of an Automat was quite something for the time, in the sheer simplicity, mostly; the customer would put nickels into slots and little windows opened to reveal the customer’s pick, be it a slice of pie, macaroni and cheese, or a Salisbury steak. And a franchise is born.

Lisa spent eight years interviewing dozens of celebrities and former employees and visiting far-flung places where collectors hoard the surviving remnants of the once spectacular Automat restaurants.  One of the most distinctive voices in the documentary is that of legendary comedy filmmaker Mel Brooks. Lisa nailed a meeting with Mel which led to a chain of other celebrities who agreed to be interviewed, like Carl Reiner, who breakfasted there before going to the studio, Ruth Bader Ginsburg who did her homework there after school and former US Secretary of State Colin Powell who went there regularly with his family.

Felten Ink caught up with Lisa Hurwitz to discuss the making of her first feature documentary, what grabbed her interest in the first place and the simple art of signing (in the UK we say ‘blagging’) high profiles up to one’s first major project.

The Automat was your first move into directing. How did you find the process and did your experience of it give you a taste for more?

I was able to take the production of the film at my own pace and fit it in during my spare time over the course of 8 years. At that particular point in my life that was just right. That certainly gave me a taste for making a high-quality film and I’m planning to continue on this path.

Why did it take so long and did you ever consider abandoning at any point?

What kind of background did you have up until becoming a first-time director?

I was a first-time director while I was doing other things. I worked in the non-profit arts for a cinema, for film festivals, for a performing arts center. I also worked at a public relations agency.

I was eating in my university cafeteria and volunteering at the local 1920s movie palace as a 35mm film projectionist. I was a bit obsessed with cooking, with the New York Times food section, with Martha Stewart. When I heard about the automat in my school library I wanted to know more and was researching the topic for fun. At a certain point I decided I wanted to create a film about it. I started researching cafeterias and discovered a PhD dissertation by Alec Shuldiner entitled “Trapped Behind the Automat: Technological Systems and the American Restaurant, 1902-1991.”  I was curious about Alex’s strong emotional attachment to the material, reflective of the nostalgia that I’d later find when interviewing people who had frequented the Automat.  By 2013, I had the same passion for Horn and Hardart that others had felt, and began the project. 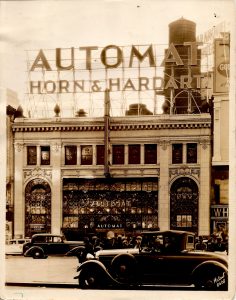 What lessons did you learn working on a project like this for the first time?

I learned lot of important lessons but mainly to dream big and to believe in myself.

Some of the people interviewed are huge profiles, some ‘stars’, some influential in politics. How did you go about making the decision on who you wanted?

That wasn’t easy. At some point there was an overhaul of the cut and all at once a bunch of people disappeared from the film. It was a puzzle, figuring out who went together, who could carry an entire section or be a presence throughout the entire film.

I adore Mel Brooks. How did you get him involved and eventually get him to create the films theme song “(There Was Nothing Like The Coffee) At the Automat”) ?

When I was volunteering at the movie theater during university and ultimately employed there for some years, a guest Carl Gottlieb came through the theater for a screening of a film he wrote Jaws 3D. Carl offered to tell Mel about the film and then Carl told me Mel said to email his assistant, and it all came together fast. The song was a request of mine that was made later after I built a little of a rapport with him. 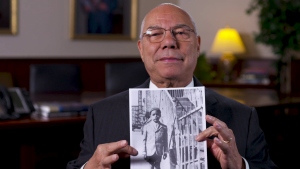 Ruth Bader Ginsburg and Colin Powell – I read that you used an interesting technique to get both parties to agree?

What can you tell me about your next big project, a romantic comedy set in Italy? Any actors you want involved?

I do have a wish list of both American and Italian actors. I’m at the stage now of getting the script to a draft 2 that I feel is ready to show these people.

I understand you grew up in Los Angeles. What brought you to New York?

I moved to Washington state when I was 18 and was there for a decade before moving to NYC. It felt like a natural progression. I loved New York, I wanted to give it a go.

What type of things have been inspiring you lately and what attracted you to film?

My female friendships. My teeny Manhattan studio apartment. The awards race, I do like a challenge! I had a few high school teachers that were into film. But mainly I’d say when I found that gem of a theater in my college town and decided to get involved there.

How would you describe yourself as a filmmaker, now that you are one?

I’ve been one for a long time, sometimes I say it’s like a made 2 films for the amount of experience I feel I got on this one and the duration. At this particular time I’d say as a filmmaker I’m into crowd-pleasing, making smiles, marketability, strategy, and making stuff that’s both entertaining and good for people. 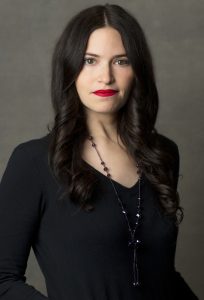 The Automat seems like a nostalgic piece of work. What’s your opinion on nostalgia and what does it mean to you?

That’s just what we were going for. I think nostalgia gets a bad rap. It can also be self-care. In the case of our film it’s also very poignant and shows how our memories can mean something greater than even what we knew, we can even learn from them. I’m a very warm and fuzzy person. I spend a lot of time thinking about my own memories. I’m probably in the 99th percentile for 32-year-old nostalgics if that is even a word.